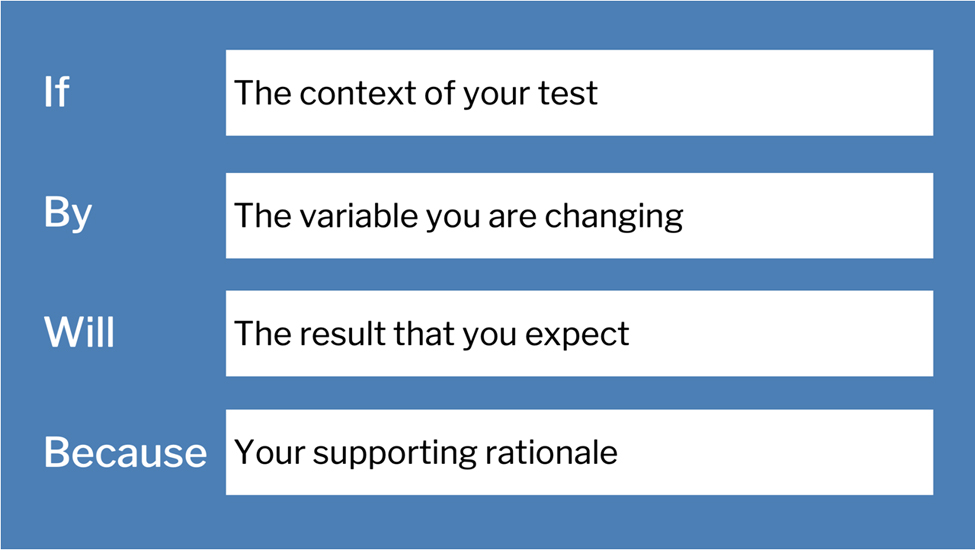 The purpose of a Hypothesis Statement is to articulate a prediction that your research will test. A hypothesis is the basis for designing an experiment. In marketing, we often use experiments to optimize elements of campaigns and validate different concepts. The volume and sophistication of experimentation and testing continues to grow as data, testing tools, and agile principles are more widely adopted by marketing teams. Without an effective hypothesis, it impossible to design a test that produces valid results or learning (i.e., garbage in, garbage out). Establishing a template that is consistently used by your team can help you capture your hypothesis in a way that is clear, specific, measurable, and relevant to your organization.

What is the underlying assumption that we are testing to see if it is true?

Luca, M., Bazerman, M., “The Power of Experiments: Decision-Making in a Data-Driven World”, The MIT Press, 2020

Access all the planning frameworks with the Marketing Template Kit 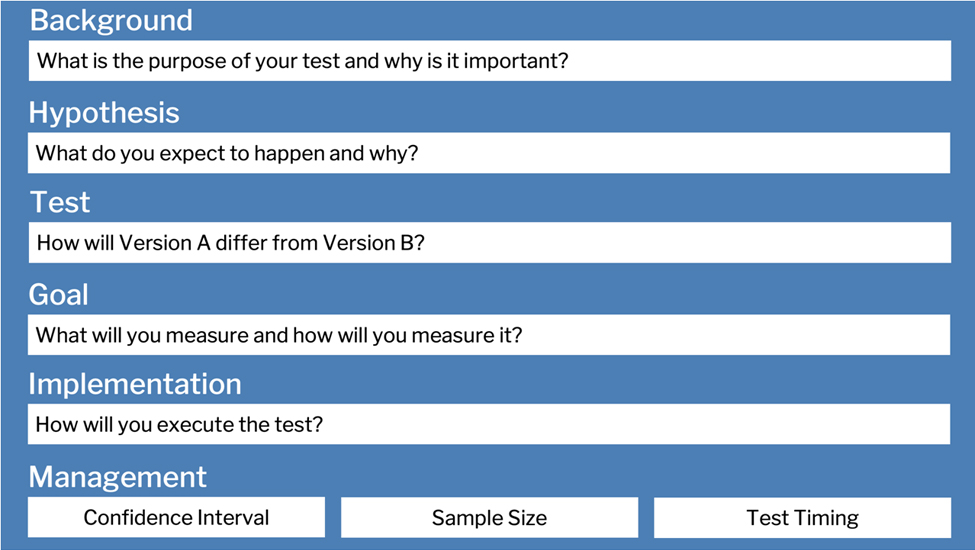 Compare the performance between two different versions of a marketing tactic for your next test.
LEARN MORE 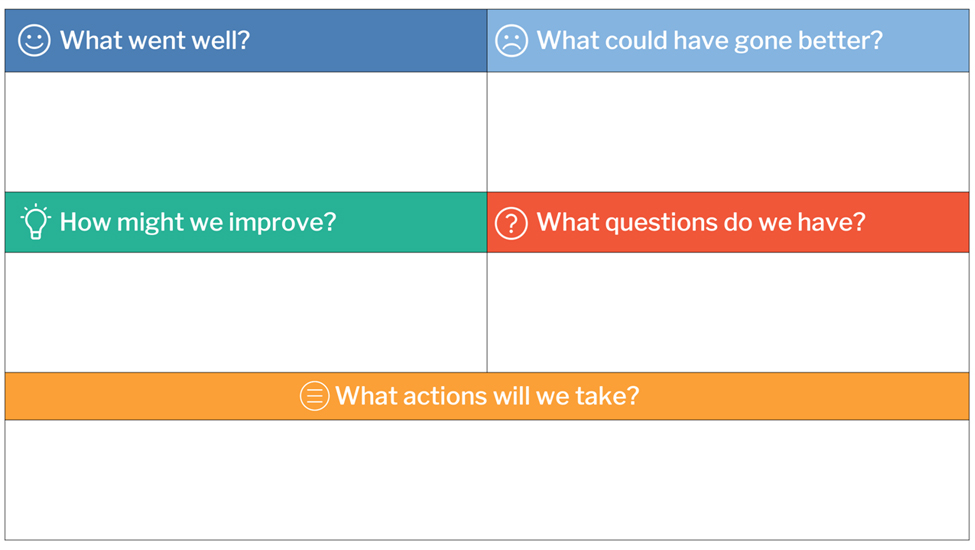 Look back at your last project or iteration as a team to identify opportunities for improvement.
LEARN MORE

Thank you! Your submission has been received!
Oops! Something went wrong while submitting the form.

This is a project from Kickframe - a digital marketing strategy consulting and training company.